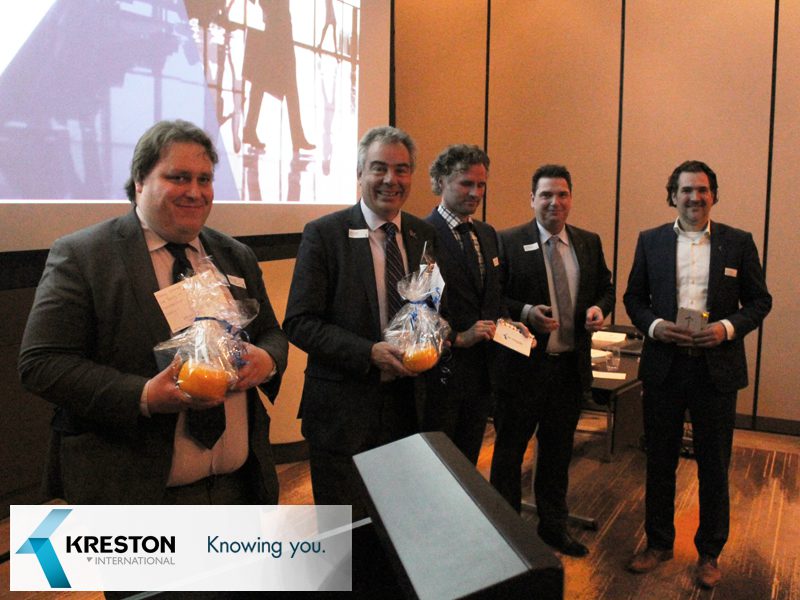 Posted at 10:01 AM in Uncategorized by Kreston Media
0 Likes

Representatives of Kreston Netherlands and Kreston UK teamed up recently to present a seminar to clients on the implications of Brexit.

After an introduction made by Martin Hommersom of Van Herwijnen Kreston, Andrew Griggs, of Kreston Reeves presented on the survey “Going for Growth”. Andrew explained that UK businesses expect to gain from Brexit, although threats are also recognised. Matthew Creevy, also from Kreston Reeves then explained the fiscal consequences that businesses might face, with a “Cliff Edge Brexit” being worst case scenario.

The Dutch perspective on Brexit was given by Dennis Schoemaker and Gerard Janssen.  Dennis, from Kreston Lentink, challenged members from the UK, stating that the Netherlands are an excellent choice to set up an (intermediate) holding company for operations in other EU countries. Gerard, from Van Herwijnen Kreston, then presented on the issues that UK and Dutch businesses will encounter when preparing for Brexit, including legal and M&A implications.

The seminar concluded with a prediction about 29th March 2019. A Cliff Edge Brexit is not to be expected (to date, a preliminary Brexit deal has been announced, therefore this prediction seems to be correct). Nonetheless even with a soft Brexit, it is important that all clients prepare for it.